Why I Love EFY

My friend Chelsea asked me to send her some photos from our time at EFY last summer, and since the photos wouldn't email, for some reason, I told her I would post them on my blog so she could download them.

And since I'm posting them here, I'm going to take a quick walk down memory lane and tell you why I love Expecially for Youth.  (I kind of feel like I'm writing a parallel story to "If You Give a Mouse a Cookie.")

For those who aren't familiar with EFY, it's a program organized by Brigham Young University to help youth strengthen their faith in Jesus Christ.  They bring in teachers for two of the five days, and I've had the chance to teach there for the past three years (but I'm taking this summer off because The Power of Moms has been growing so quickly, and I can't keep up :)).

Here's a photo from opening night (last August).  We all had a Family Home Evening Lesson from our Session Director, and then we headed out to the lawn (at BYU in Provo, Utah) for games that teach.  I got to interact with several of the teenagers here, and I was very impressed.  One girl, Dakota, saves up her money all year to pay for her airfare and the cost of the conference.  Are these mountains not beautiful?  Eric and I met at BYU, and we fell in love right about here. 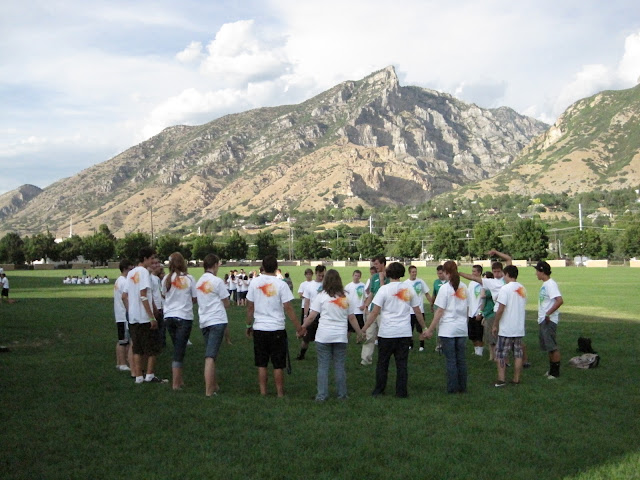 Our classes began the following morning.  This session had three teachers, and we each taught four classes per day, with class sizes between 100 and 200 students.  Here are Brother and Sister McBride (the Session Directors) and their little twins.  In the middle are the Bennions--such a darling couple.  And then there's my cute friend Chelsea and me on the right. 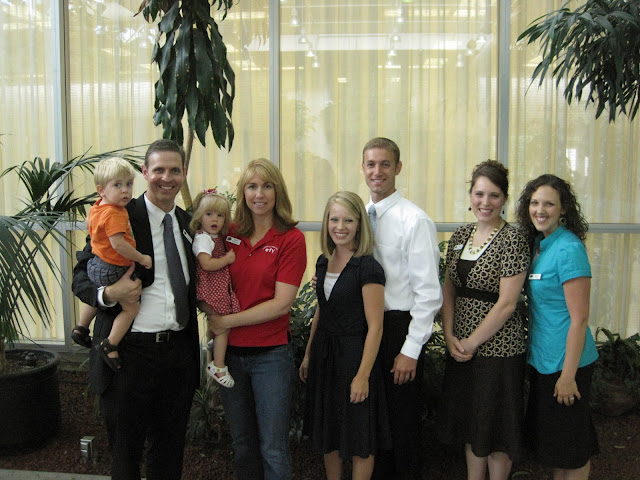 These sweet ladies are the ones who make EFY happen (along with J.D. Hucks and a whole team of incredible people).  This is DeeAura and Jenny, and, among many other things, they help coordinate more than 300 teachers and thousands of participants who travel around the globe to participate in EFY. 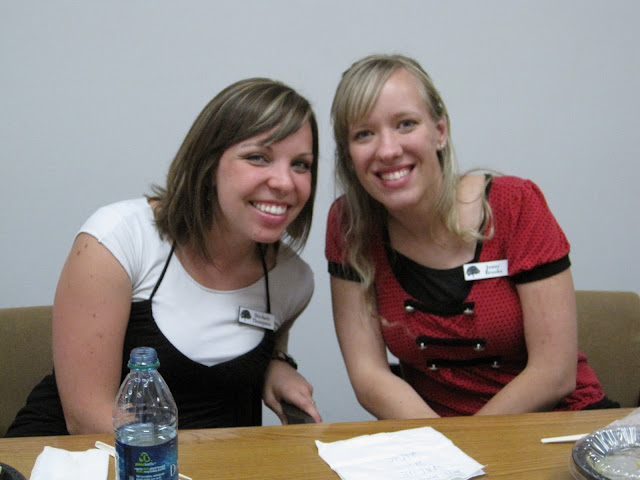 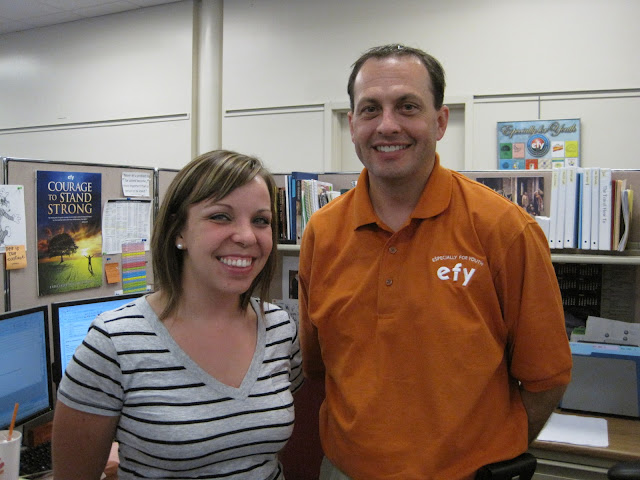 This was my first class (I couldn't get everyone in the same shot).  I try to pretend I'm not nervous, but my heart was pounding like crazy before every single class.  (It really turned out to be fine--I just always get nervous about public speaking.) 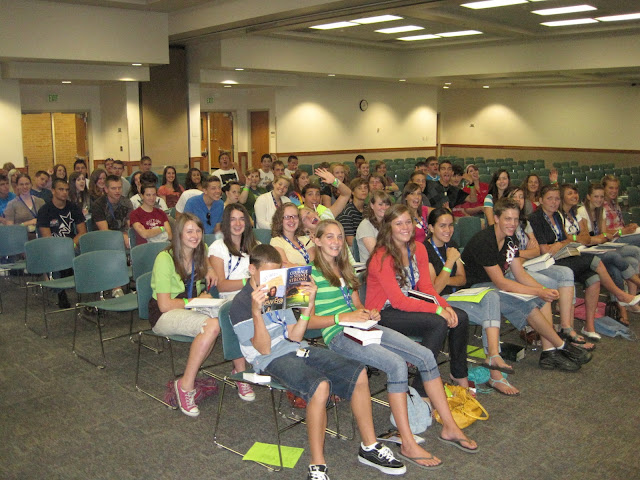 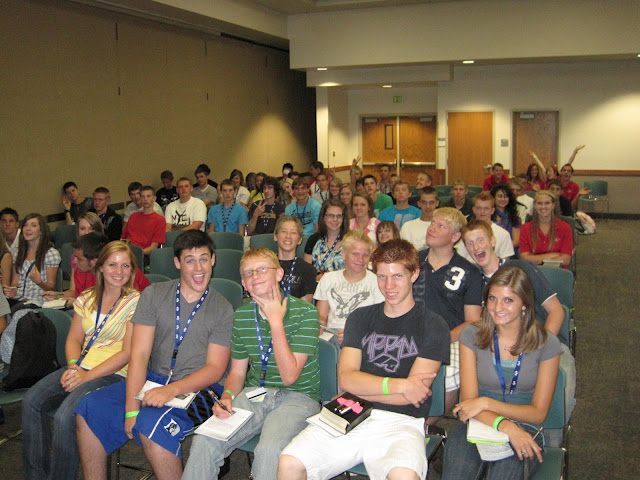 Seeing all their faces again makes me miss them.  Even though we only spent a few hours together, you really get to know people when you're discussing ideas that matter.
And here's a photo of Chelsea's husband who came and joined us for lunch one day. 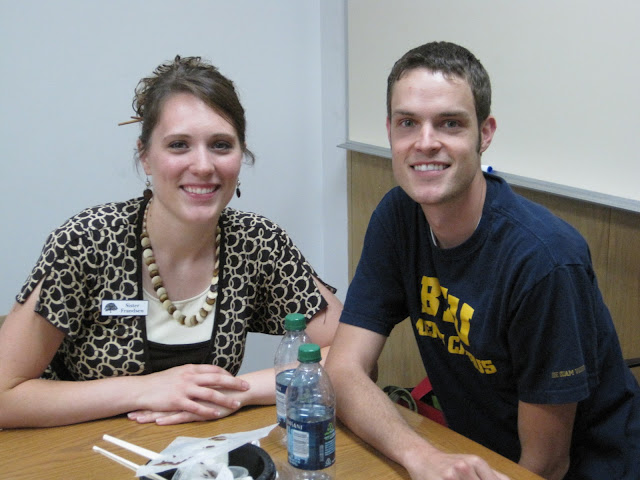 In one of my classes, I was trying to teach how important it is to know the Savior's voice.  I asked a volunteer (the girl in the center) to pick 10 guys out of the audience whom she'd never met before.  Then she left the room while I explained that one of them was going to say "Come unto me." into the microphone (while her back was turned), and then she had to guess who it was. 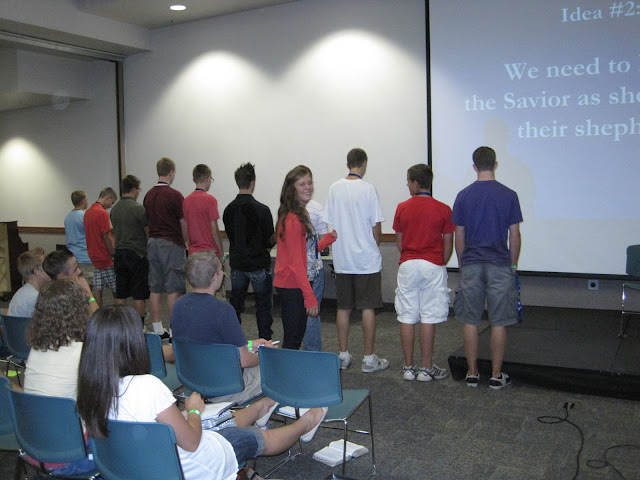 Because she didn't recognize the voice, she didn't know who had said the words, so she just picked a random guy.  Then we discussed the parallel.  If we don't recognize the Lord's voice, we won't know whose voice to follow.  We'll get caught up following the media--or whoever is the most popular at school--or whoever has the most followers on Twitter.

Two years ago, I found a brother-sister pair in the group, and while the sister had her back turned, I brought her brother up from the audience, and he said, "Come Unto Me."  When she turned around, she knew immediately whose voice she'd heard.

Likewise, Jesus Christ is our Brother, and when His voice is familiar to us, we won't have any question about who to follow.

Here's one final picture from the dance I attended there.  I have never felt so "old" before.  Everyone was dancing to music I didn't even recognize.  After about 15 minutes, I felt so silly trying to be hip that I went on a little walk and called my husband.  At least I tried. 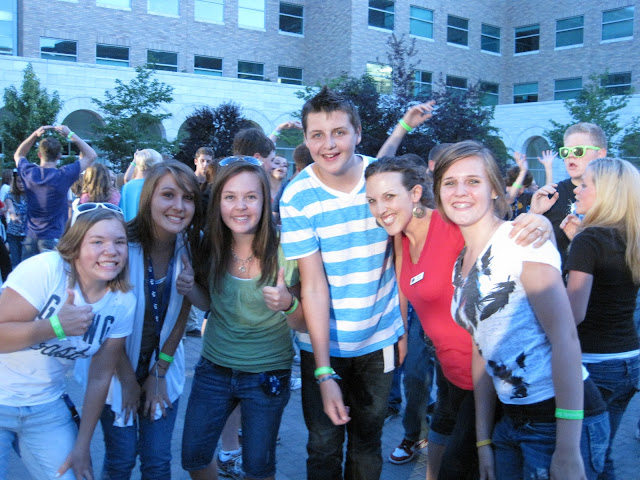 So that's my EFY report.  I do have one more little post I'll put up someday about the Friendship class, which was one of my very favorite experiences.  These youth are just wonderful to be with.  They want to be good.  They want to make the right choices.  They want to be strong.  I hope they're all doing well right now, and I hope they know how much the Lord loves them.  If I get the chance to teach in 2012, I am going to jump at the opportunity.
Posted by April Perry at 11:08 PM 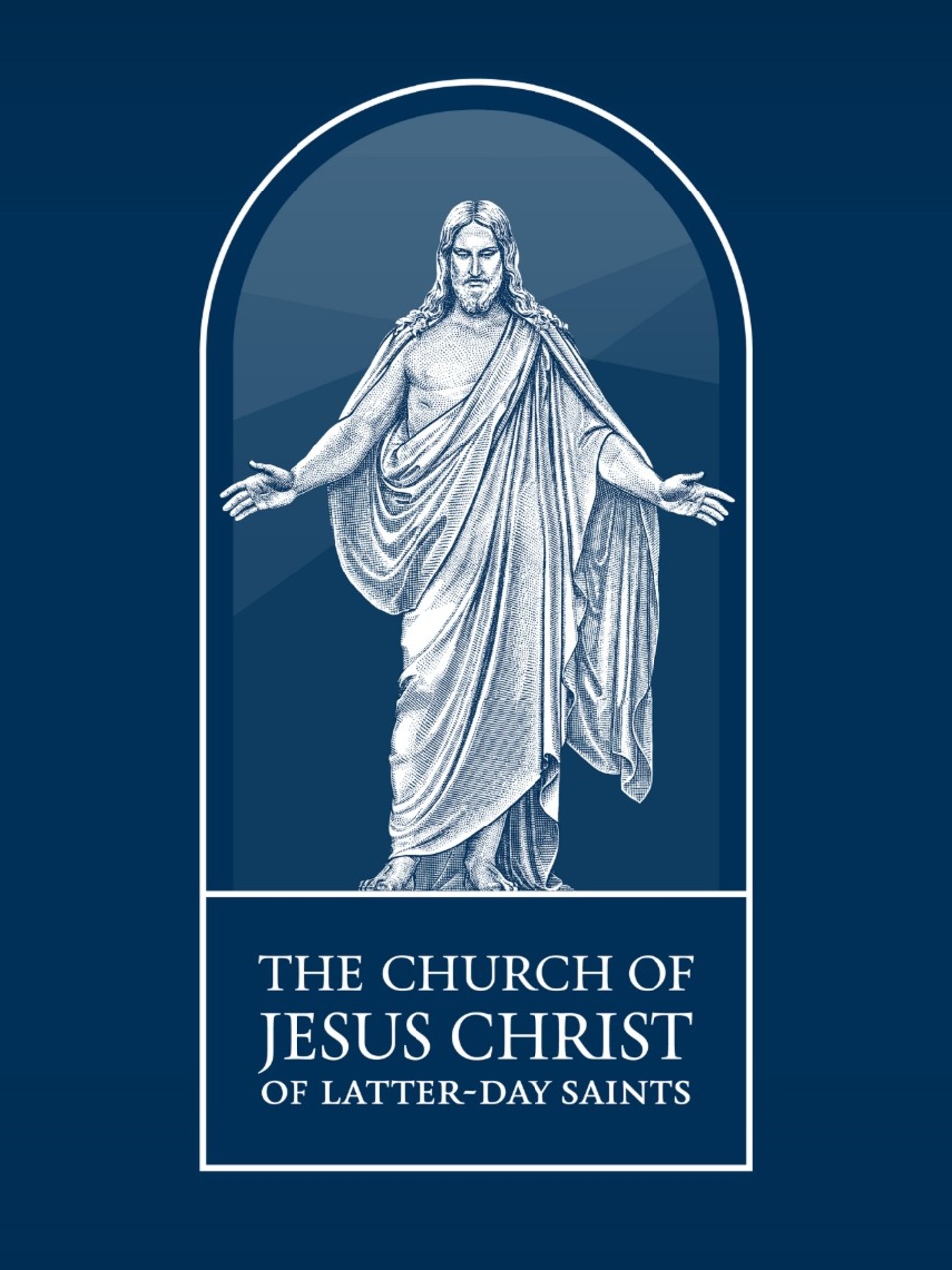